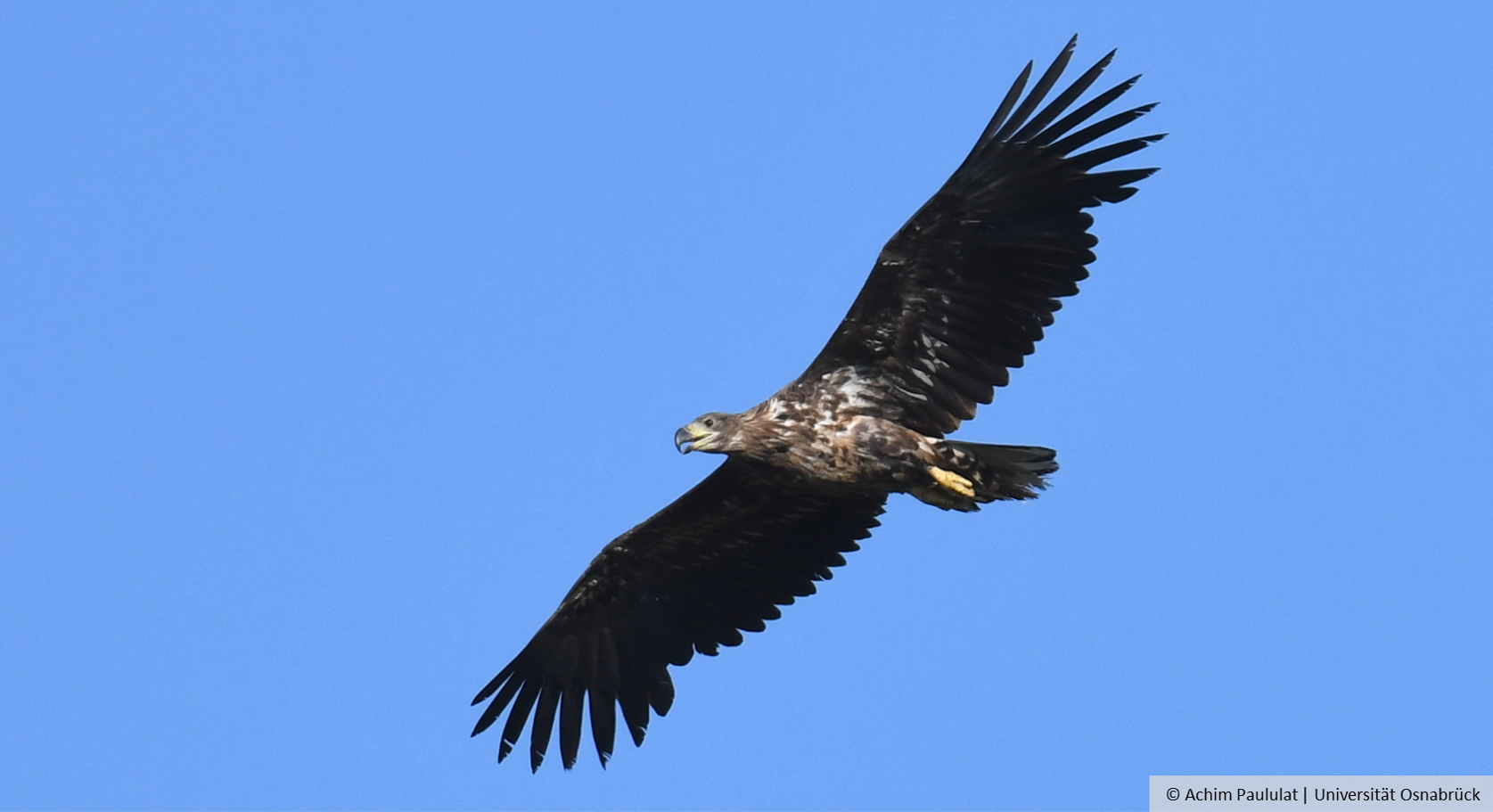 On the trail of sea eagles: excursion of the RG Zoology to the Gülper lake

White-tailed eagles are among the largest predators in Europe, with a wingspan of up to 230 centimeters. As resident birds, the eagles remain in their territory all year round and hunt carp, brown hare, coots or gray geese. During a field trip with the Zoology-Developmental Biology research group, Osnabrück Biology students were now able to observe more than twenty specimens of the impressive animals.

The destination of the excursion was the Brandenburg Gülper See, in the middle of the largest contiguous inland wetland in Central Europe, the Lower Havel Lowlands. From the observation towers at the Gülper See, the Grützer Bogen and the Grabenniederung near Parey, numerous species of ducks, little ringed plovers, ruffs and many more could be spotted. On the day of departure, a bluethroat even appeared in full splendor.

For many students, the excursion was the first opportunity after a long break due to the pandemic to experience field biology and to acquire initial knowledge of species. A special highlight was the visit of the last Great Bustards in Germany in the Havelländisches Luch near Buckow, where some of the animals could be observed during courtship. An impressive experience: With a weight of up to 17 kg, the Great Bustard males are among the heaviest flying birds in the world.

During a nocturnal bat mapping session under the expert guidance of Carsten Dense (lecturer at Osnabrück University), the students gained knowledge about native bats. Among other things, they were able to weigh and measure a brown long-eared bat, a Daubenton‘s bat and a pipistrelle. During the excursion, the group had the opportunity to stay and cook at the Ecological Station of the University of Potsdam in Gülpe, in the Hünemörderhof, well looked after by Mrs. März, Mr. Schlüter and Dr. Geißler. The excursion was also actively supported by Dr. Henrik Watzke (head of the State Bird Sanctuary in Nennhausen, Brandenburg) and Mr. Klaus Thiele and Mrs. Beatrice Koch (ranger) from the Nature Park Westhavelland. "Thank you very much!", say the lecturers Carsten Dense, Dr. Heiko Harten and Prof. Dr. Achim Paululat.

The exursion team in front of the Ecological Station of the University of Potsdam.