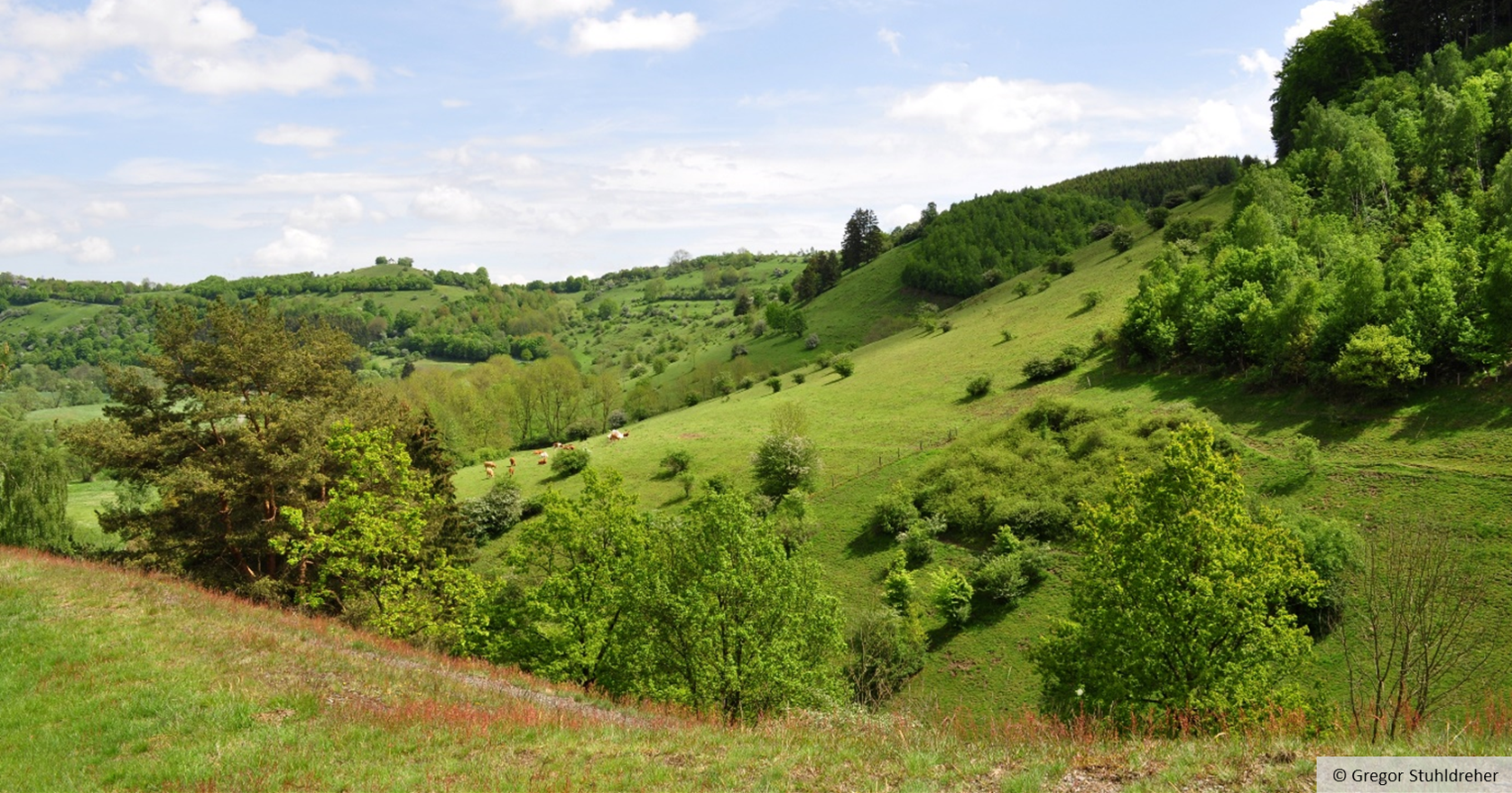 Which factors determine the diversity of breeding birds in semi-natural grasslands? This was the question behind a recent study by researchers from Osnabrück Biology. Their main finding: The heterogeneity of the grasslands is of particular importance for bird abundance and species richness.

Semi-natural grasslands rank among the most species-rich habitats in Europe. However, both agricultural intensification and abandonment of traditional land use have led to a severe loss and deterioration of such grasslands. In contrast to insects and plants, still little is known about the drivers of bird diversity in semi-natural grasslands. Against this background, a team of the Landscape Ecology and Biodiversity Research Group, led by Prof. Dr. Thomas Fartmann, investigated the role of calcareous and mesic grasslands for assemblages of breeding birds. The results of the study were recently published in the Journal of Ornithology.

In both grassland types, the number and abundance of threatened species were strongly driven by temperature during the breeding season. Mainly thermophilic species, such as Turtle Dove (Streptopelia turtur) and Wryneck (Jynx torquilla), were restricted to the warmer lower elevations of the study area.

In conclusion, the results highlight the outstanding importance of habitat heterogeneity for breeding birds in open landscapes. Since current conservation practice in semi-natural grasslands is mainly based on the habitat requirements of insects and plants, the study provides valuable novel insights for future habitat management.

The study was fundet by the Stöckmann-Foundation.

Go to the online version of the study