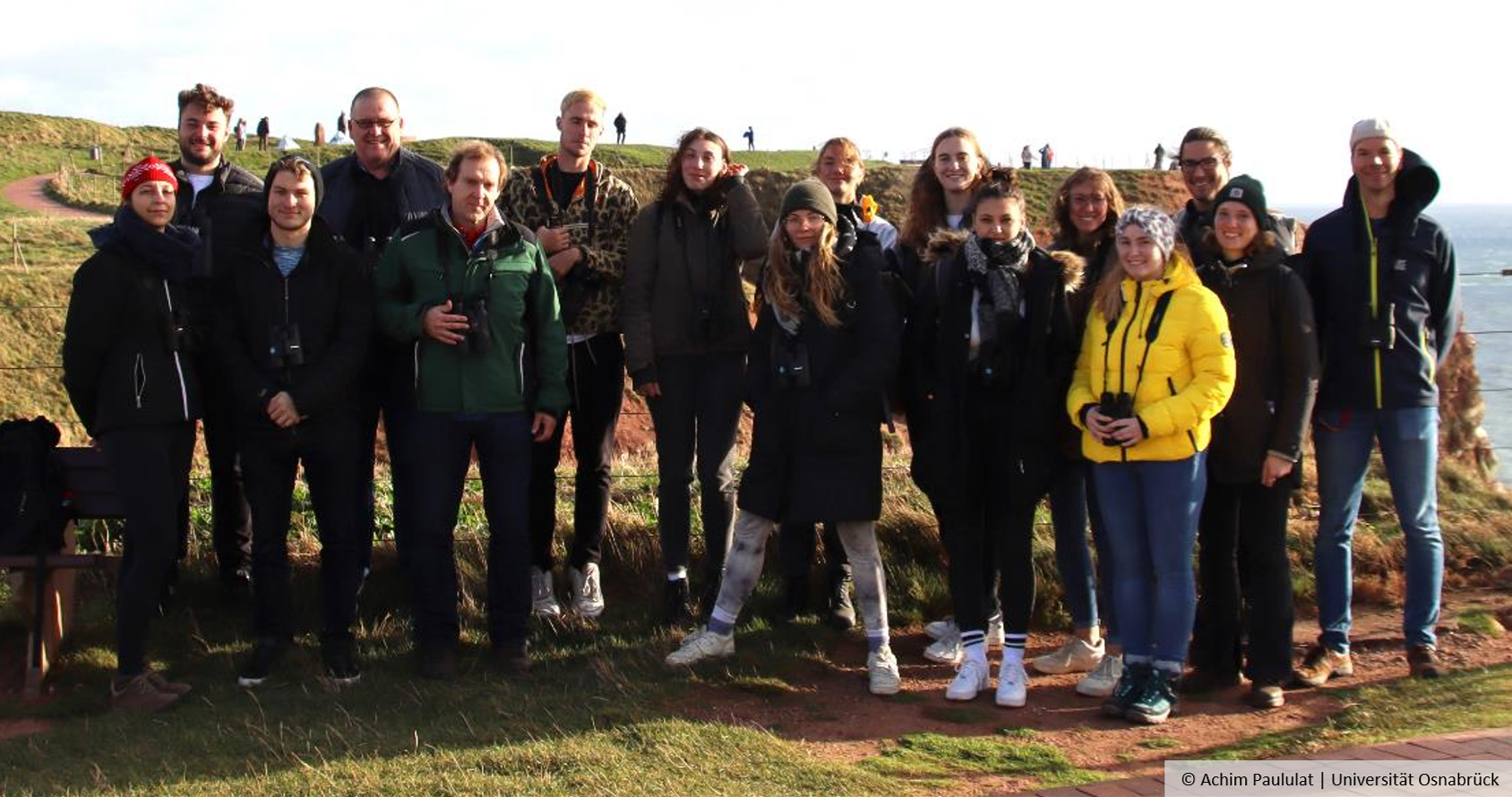 In autumn, Helgoland offers fascinating insights into the migration behavior of numerous bird species. Biology students and lecturers from the University of Osnabrück saw this for themselves during an excursion from October 11 to 15, 2021: On Germany's only island located in the open sea, they observed some very rare birds – as well as grey seals and harbor seals.

In compliance with strict corona measures, including the 2G plus rule, 16 students and lecturers stayed at the Wilhelm Mielck House of the Biological Institute Helgoland, which belongs to the Alfred Wegener Institute. After moving into their rooms and unpacking their binoculars, spotting scopes and tele lenses, they first visited Lange Anna – a rock needle almost 50 meters high. Although the guillemots, gannets and razorbills were already back at sea after a successful breeding season, a few guillemots could still be spotted. Among the many migratory birds that often rest on Helgoland, exhausted and hungry on their way from the far north to more southerly regions, the participants discovered snow buntings, horned larks as well as some rare guests such as a rustic bunting and a red-flanked bluetail.

A visit to the Helgoland rock mudflats, directly at the foot of the Lange Anna, was also on the program. Moreover, the excursion group explored the neighboring Helgoland Dune and took the special opportunity to observe the grey seals and harbor seals living there.

Link to selected bird pictures from the excursion: Department of Zoology-Developmental Biology